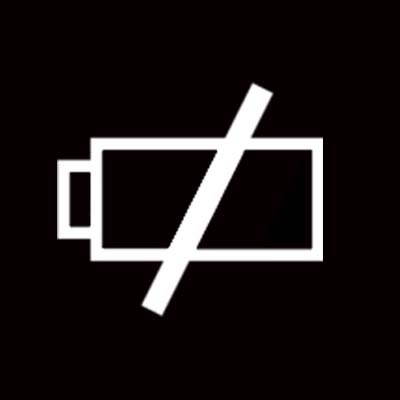 I met with a client of mine who had just finished a month long yoga training course. It is pretty full on. Lots of physical stuff, lots of emotional stuff, lots of stuff to learn. Long days and only one day off a week. Pretty grueling by anyone’s standards.

When I met them them were slumped in their chair, and telling me they were so exhausted and could hardly function. Let alone, pay attention or get excited about the coaching I was about to do with them.

But then it changed…

Is ‘low energy’ just a story

Now you know I am big on challenging peoples story. But can you challenge what looks like a very real physical thing? That is, lots of physical, mental and emotional work leading to someone being physically tired. Can that be disputed?

Picture this next scenario:

Same person. Same conditions. Same level of pure exhaustion. They tell me they hardly have the energy to sit up in the chair, or even to walk to the bathroom.

I then pull out a rather large suitcase and say that I will give them ONE MILLION DOLLARS if they run run down the road for 5km and then back again.

Do you think they (or yourself in that situation) would ‘FIND’ the energy?

They would probably knock their chair over in their scrabble to start the 10km run. They might even say stuff the shoes. Let’s get started. I can get over any blisters, while sitting on that yacht, sipping cocktails, as you sail through the Mediterranean and plan how to spend the other $975,000.

PS: This was not the actual method I used with my client, as I could not carry the $1M on my motorbike because I rode to the session.

How did they find the energy in that scenario. Because apparently they had none.

Or maybe they just ‘thought’ they had none.

What are we truly capable of? How much latent energy resides in us all. The yogi’s would teach that we draw energy (prana or life force) with each breath. We draw in energy just from breathing. Many an athlete has found a well of energy within them, when they thought they had nothing left, only to pull of some spectacular feat.

So I strongly believe that we have much more latent and powerful energy within us, that we rarely tap into. We are capable of so much more.

So how do we ‘find’ this energy?

The answer: by connecting to an empowering REASON.

Want more energy, then find a more powerful reason in what you are doing, or find something that is more MEANINGFUL, so you are inspired to perform at a higher level.

This is one of the main reasons people fail at their goals. They didn’t have good enough (emotional) reasons. The other one is they chose a meaningless goal in the first place.

So how did I intervene in this case (since I was short the million bucks!)?

I used a tool called Tapping or Emotional Freedom Technique (EFT). What it does is winds down the emotional energy connected to a particular thought, story, memory, belief and even physical ailment. It deactivates the stress response. When the nervous system to cooled off, the mind wound down and the emotions dissipated; what remains is a sense of calm. You are also not wasting energy, so energy is also liberated. These results where achieved in less than 10 mins. It was pretty cool to see.

I am a big fan of the effect and results that are possible from this Tapping thing.

I don’t have the time to go into details here, but you can look up Tapping and EFT on YouTube, and find numerous examples of it. It takes about 5 mins to learn and is proving to be highly effective for a range of issues. I use it daily myself and am a HUGE fan of its benefits.

You can check out The Tapping Solution for more details, plus in a couple of weeks I will be doing an interview with an EFT expert on The Happiness Class (iTunes Channel). So I will let you know when that comes out.

This is a follow up from last week where we talked about our stories and I wanted to show you how our stories can affect us physically as well. You want to live your life in THE LAND OF INFINITE POSSIBILITIES. To tap into the power that resides within you. To fully express yourself and to show up in each moment as the BIG version of yourself.

Make sense? Let know thoughts. And feel free to have a dialogue with me over on my Facebook Page.

As always, you know the dealio. If you want a hand (or that perspective), you know how to get in touch with me. If you have any comments or insights you would like to share, head over to the Blog, or jump on my Facebook page to continue the dialogue (and pick my mind). Also check out The Happiness Class on iTunes for some FREE weekly Coaching. And please share this newsletter with friends and family.