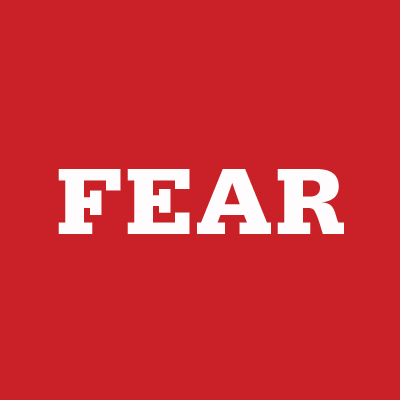 The Kaizen Way: “When you improve a little each day, eventually big things occur. When you improve conditioning a little each day, eventually you have a big improvement in conditioning. Not tomorrow, not the next day, but eventually a big gain is made. Don’t look for the big, quick improvement.  Seek the small improvement one day at a time.  That’s the only way it happens-and when it happens, it lasts. ” -John Wooden (American Basketball Hall of Fame as a player and as a Coach)

I just finished reading a fantastically practical book by Robert Maurer Ph.D. (a psychologist and clinical professor at the UCLA School of Medicine) where he talks about how to apply the ‘Kaizen Way’ to people’s lives. How to use the principles to overcome fear, achieve results and find more success in your life. Like me, you have probably heard the term ‘kaizen’ before, but not sure of what context it operates in. So let me first explain it, and then show you how you can use it to change or achieve some amazing results in your own life.

The first time kaizen really got noticed was when it was applied in the USA during WWII. At that time the government decided that to enter and effectively assist in winning the war, they needed to greatly increase the production of wartime machinery. The manufacturing plants were already very productive, but they needed to take them to a whole new level. So enter Kaizen…or continuous improvement. The other time it was very effectively used was in Japan after WWII when it was rebuilding its industry to a pre-war high.

The science behind kaizen and how it applies to the human situation is described by Maurer as follows:

“All changes, even positive ones, are scary. Attempts to reach goals through radical or revolutionary means often fail because they heighten fear. But the small steps of Kaizen disarm the brain’s fear response, stimulating rational thought and creative play.”

Maurer suggests that if a goal or task is too scary or overwhelming – like starting a regular exercise program when you are juggling kids, 2 jobs and mounting bills – then the following is likely to happen:

So in very general terms; in our modern times, every time we need to change or deal with a challenging situation, our fear causes our best resources – our thinking to slow or shut down. What can we do?

Maurer suggests that if we undertake small, incremental and consistent steps we are less likely to experience ‘fear’ and therefore not trip the ‘fight or flight’ response. Meaning we can continue to think rationally and creatively.

An example by Maurer:

He had a client that had a number of health issues that could have been very effectively overcome if they exercised 3-4 times per week for about 30 mins. The only problem was that the client was a single mother, with 3 jobs and was lucky to have 30 mins spare time at the end of the day. The idea of a full-blown exercise program was very likely to overwhelm her and have her decide before she even started that it was just too hard. So Maurer applied the kaizen principles.

What he did sounds ludicrous. He asked her to walk on the spot for 1min each day while she watched her 30 mins of television at the end of the day. It might seem like nothing, but because it was so small she stuck with it. And then extended it to 3mins and then 10 mins and over the following months eventually got herself to a stage where she was actually of her own accord doing (and enjoying) 20-30 mins of exercise on a regular basis.

By not creating a fear response in the client, they were able to get started and create momentum without feeling overwhelmed. This also fits in with the principle of success building on success and another great principle called the 80/20 principle – that suggests that 20% of the actions we do account for 80% of our results.  Or some small actions have a disproportionate positive effect, for the amount of energy or time input.

If you have a goal that you want to achieve or a change you need to make, rather than starting too big and ‘falling off the wagon’, you might like to try a very small action that you know you can definitely commit to every day.

For instance if you have a fear of making cold calls for work – instead of trying to make 20-30 in one day, start of making just one call a day. Do this for one or two weeks and then take it up to 2 calls per day. Then after a month make it 3-4 calls and by now you have momentum, you have success, you have experience and you also have amassed a reasonable number of calls.