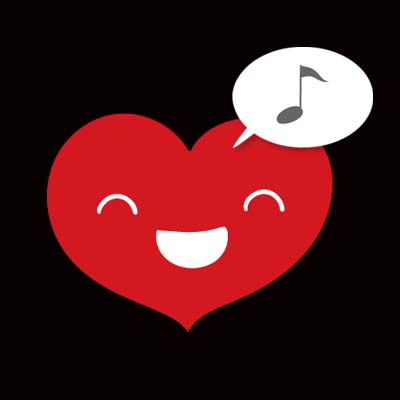 In the last three weeks I have flown to LA, attended a Coaching Intensive Workshop for 4-days, met some new clients in LA (all actors funnily enough) and hung out in the US of A for a bunch of days. So here is what I have learned.
Lesson 1: (before I left Bali) Don’t believe everything you read (especially) from the ‘authorities’
I am sort of dedicating this newsletter to the concept of miracles as a result of some banter back and forth on Facebook the other day. I recommended a great book I am reading about how the health of the internal flora of the gut is being found to have not only a significant impact on your physical health, but on your mental health as well. Someone had pasted a link to some ‘official’ report that suggested the that author (a practicing neurologist) was a charlatan, because in his last book he used the ‘miracle’ word when it came to some of the health responses he had seen with his clients as a result of working on the health of the gut.

So here is the thing. The author, Dr David Perlmutter, (the book I am reading is called Brain Maker) is suggesting self-care and preventative health through dietary choices and lifestyle choices are highly beneficial for our physical and mental health. He is basing this teaching on current research (he probably references over 200 different research pieces from reputable publications and institutions) and also the work he does within his private practice. So he has first hand evidence to support the material he is discussing in the book. And funnily enough, this is supported by about 2000 years of Ayurveda & Chinese medicine practices.But here is where the ‘controversy’ arises. Some of the suggestions he makes have SERIOUS impacts on a few of the most lucrative industries on the planet (and especially in the USA) – the exisiting medical industry (a multi-billion dollar industry), the mass-produced meat industry (multi-billion), the GMO industry (multi-billion) and the very multi-billion dollar pharmaceutical industry. These industries could potentially lose BILLIONS of dollars if people took their health more seriously and into their own hands. So they have a lot of motive behind discrediting anyone who challenges the status quo.So keep this in mind when you are reviewing health information or seeing a debate unfold. Ask who stands to make the most money and who stands to lose the most money. In this case the author would be very very lucky to make a million dollars, whereas the various ‘industries’ could lose BILLIONS & BILLIONS of dollars (remember that a billion is 1000 millions – which is a BIG difference). Follow the money…And now back to miracles. I am going with Einstein on this one…

Lesson 2: Don’t do what you are good at, do what makes your heart sing

I have met with three new clients while being over here in LA. All of them are actors, and all of them are amazing people with amazing talents, gifts, and potential.

The third client I met talked about what they did. They talked about it with some excitement and their plans for taking themselves to the next level sounded interesting. But I didn’t get any goosebumps. When they talked about a completely separate thing (flipping houses), their face lit up. Now I am not hear to say they need to stop what they are doing and go and flip houses; but I did challenge them to take a step back and get really clear on their ‘WHY’. Are they following the path they are because they want it as bad as their next breath of air, or do they think they want it because they think they must, should, or ought to, because they have got good at it over the years. And invested years into its unfoldment.

So here is a question for you (just to ponder and play with):

What makes your heart sing?

Now this does not need to be your full-time job and you quit your current job. Please don’t do anything rash. 😉 But do consider what response you get. Listen to what your heart is telling you. And if this seems a little weird then have a read of ‘The Alchemist’ by Paolo Coelho and then come back to it.

I attended this 4-day Coaching Intensive Workshop with Rich Litvin in LA, which was absolutely amazing. Over the course of the 4 days we did a lot of deep work on ourselves and others. We did work as a big group (100+ people), we did activities with just two of us right in each others space, and we did small group work.

And even though I have seen it numerous times before, I am always amazed at how quickly and significantly someone can change when something happens internally. Most usually an insight. When someone’s perspective changes, when their point of view changes, when their beliefs about who or what they are change at a deep level, their whole world changes around them. So that is what I do. I ask people questions, from angles they don’t expect, about things they never considered and then I watch as their brains cook as they try to process a new way of looking at things. And when someone gets it, at that level; when you hold the right space for them, their entire world can flip.

There was one particular guy in our group who was British and was well spoken, quite matter-of-fact, somewhat serious and perhaps a little ‘stiff’. He got to see a lot of things happening around him and then had the good fortune to have some work done on the stage with Rich Litvin – who is an amazing deep Coach (and running the event). This British guy was only on stage for about 15 mins, and when he walked off he said, I don’t even know what happened, or what was said, but I feel different. And boy did he look different. He was a different person. He was lighter, brighter, more cheeky, smiling more and a much cooler dude.

When we change our personality (the way we think, perceive, believe and behave), we change our PERSONAL REALITY (the world changes around us).

Don’t believe everything you read or hear, because you think it comes from an authoritative source. Do your own investigation, which includes a look into who is making the money and who is likely to lose money. Know that there are a lot of practitioners that are doing some amazing work, but getting shot down by the bigger players, as they are a challenge to the financial bottom line. I am not saying to try every weird thing that comes along, but do at least read something, and trial it, before you throw it away as ‘non-scientific’. If something has worked for 1,000 years, but science can not measure why it works, does that make it ‘unscientific’ or just beyond the current methods of measurement? Food for thought.

PLEASE do more of what makes your heart sing. Life and time is precious. We don’t know how long we are here for, so make the most of it.

Know that change does not have to take years. In fact the thing that you most desire is most probably much closer to you, then you imagine. Imagine that.

And now, I wish you a fantastic and enjoyable couple of weeks, until we talk again.