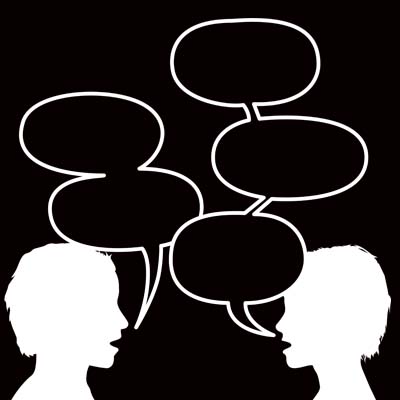 So today I just want to throw a small challenge out to you, which is GUARANTEED to make you feel happier.

The why is pretty simple. Life is about feelings. It isn’t about stuff or achievement, it is about how we think that stuff and achievement is actually going to make us feel. So we are after a feeling.

So the feeling I am going to encourage you to create, is this very generic thing called ‘happiness’. It will probably feel a little different for all of us, but regardless of how it shows up, it will feel really good.

This was my life changing event

The first long-term relationship I had was with a girl in Tasmania that I called for some time the psycho bitch from hell. It was one of the most tumultuous relationships I had ever been in. I tried to end it one time (as I knew I had to) but the tantrum that followed caused me to back down, and string it along for a few more painful months (for both of us).

When I finally ended it, what followed was a good 6 months of pain, misery and unhappiness. As is often the case, I was helped out of this by the support of my high quality and caring friends. But even though I believed I had ‘moved on’, I carried a fair bit of sub-surface bitterness and fear towards intimate relationships.

In 1999 I attended a seminar run by Tony Robbins (who I am going to see again in Singapore next month – yippee!). During the seminar he asked if there was anyone in your past who you sort of had ‘unfinished’ business with or still caused pain when you thought about them. For me this was 5 years after my breakup, but I knew clearly who I needed to come to peace with, so I could move on and go into relationships with more fearlessness and enthusiasm. He challenged us to take care of business.

So I tracked down my former girlfriends parents to get her number. I then called her. She was obviously surprised to hear from me and wondered ‘what the hell is going on’. I just told her that I was calling just to say thank you. That we were both young and inexperienced and although things did not go so great in the relationship, I was grateful for it, and her part in it. I wished her all the very best for her future. I told her I did not intend to reconnect with her, but just wanted to say thank you. And without saying it outright, I guess I was not only forgiving her for any pain she may have caused me, but I was forgiving myself for the obvious part I played in whatever pain I experienced.

So from that day forward, she was renamed ‘Amanda’. And I hope wherever she is to this day, that she is well, healthy, happy and enjoying this whacky gift called life.

My challenge to you is to reach out to someone you have not spoken to for a while. It might be to take care of unfinished business, or it might be just to say hello.

In one of my favourite movies (Finding Forrester), Sean Connery’s character talks about the best gifts being, ‘an unexpected gift, at an unexpected time.’ That is what an unexpected call can be for that special person. It can be a gift that not only lights them up, but lights you up as well.

After I reached out to Amanda I felt so liberated, so happy, so over-the-moon, and it lasted for days. How good is that? It cost me nothing but the price of a phone call and caused me to feel deliriously happy for days on end. Talk about a great Happiness ROI (return on investment).

So are you up for the Challenge?
Who could you call? Who do you have unfinished business with? Who haven’t you spoken to in years? Do yourself a huge favour and get in touch.

(Getting in touch with people has never been easier or cheaper than it is today).

If you do take up the challenge (which I hope you do) please share with me your experience. You can either do it with me personally or share it on my Facebook page for others to revel in.

As always, please ask any questions you have. Plus I love hearing feedback from you on what resonated for you. Also do me and others a huge favour and pass them on. Knowledge used in the right way is definitely a way to access our incredible power. All the very best and take care.