When I say that David Goulet has been doing yoga for a long time, I mean a LONG time – like he started back in 1969 – and his practices have meant he has maintained optimum health and vitality. Plus he has helped numerous people over the years reverse major disease and even terminal illnesses.

David is the founder of Pyramid Yoga in Koh Phangan, and has developed a practice he calls Chakra Yoga. He started practicing hatha yoga in 1969, and completed an extensive yoga training at Ananda Ashram in India in 1972, under the tutelage of Swami Gitananda, who had studied yoga in his teenage years with Ram Gopal Muzumdar (referred to in Yogananda’s Autobiography of a Yogi as “the Sleepless Saint.”).

Swami Gitananda also studied medicine in England, and practiced in USA and Canada, so brought this insight into his traditional practices.

David is in his 70’s, healthy and vital and recently has his biological age measured, which was 25 years younger than his birth age. He is a man that practices what he teaches. If I was ever seriously ill, I would head off to Thailand to spend time under David’s tutelage, and work on reversing my illness.

I think you will enjoy this conversation, and I intend to get David back for Round 2 in the not-too-distant future.

I am very excited to share with you today one of the most powerful inner work techniques I have found over the last 20 years of searching.

Katrina Heuskes is not only an amazing practitioner of The Lifeline Technique, but has been my ‘therapist’ for the last 6+ years. She has helped me SO much over the years.

The technique was created and developed by Dr Darren Weissman, a chiropractor, kinesiologist, best-selling author, who is also well versed in Chinese medicine.

Katrina and I talk about the technique; why it is so effective; some of the key distinctions with it; and about the processing of emotions in general.

If you would like to experience a LifeLine Session with Katrina, you can reach her at this email address: trueself@internode.on.net.

I hope that you enjoy the conversation.
Take care
Carl

This month in Conversations with Carl, I teamed up for Part 2 of my conversation with Sharon Cavanaugh, who is a coaching colleague of mine currently based in Florida, USA.

One of the main things I wanted to talk about was her experience at a Dr Joe Dispenza Advanced workshop. I actually wrote a blog post on one of the insights that Dr Joe shared about ‘over-trying‘ and ‘over-surrendering‘. I called it Two Common Mistakes When Manifesting Desires.

We also spoke more about meditation – why it is so impactful and how to create a lasting practice.

Sharon said one of her favourite books at the moment is:
Don’t Sweat the Small Stuff by Richard Carlson.

We also go into ‘goal setting’ and ensuring we are in alignment with our inner self.
Plus lots more.

For this months ‘Conversation with Carl’ I reached out to a Coaching colleague of mine – Sharon Cavanaugh – and suggested we record a Podcast where we share all the different modalities we use on ourselves and our clients when it comes to the WELLNESS thing.

I first met Sharon in Bali when I was one of the owners of a yoga centre called ‘The Practice‘, and both of us have attended a couple of Dr Joe Dispenza Retreats, so we share our own experiences of doing his work and the results we have personally experienced or witness at the events.

Then we get into all of the other modalities we have worked with and gathered over our personal development journeys (mine started in 1999!).

We talk EFT, the Sedona Method, Biofield Tuning, different meditation technologies and teachers, plus a bit of Dr David Hawkins and even some Wim Hof.

Sharon is based in the USA, so if you prefer to work with someone in that timezone, or want to try the Sedona Method for example, you can reach Sharon at her website here.
www.sharoncavanaugh.com

Enjoy the podcast and don’t hesitate to reach out to me if ever you have questions, suggestions for podcast topics or need a hand – I would be more than happy to help out. 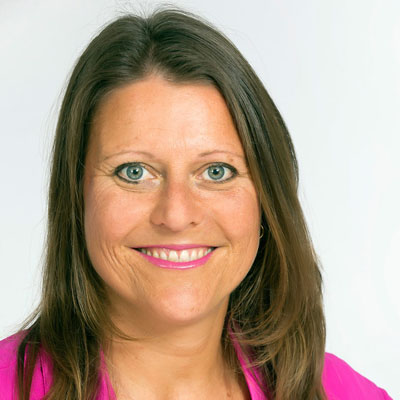 So are you earning the amount of money that you ‘know’ you are capable of? Are you free from debt? Does conversation about money come easily and freely to you? Or when you admit it, you realise you have quite a crazy set of beliefs and blocks when it comes to money.

First thing – know you are not alone.

Most of us have a little or a lot of work to do on unpacking our beliefs around money – so we can tap into our full potential.

In this interview with Marguerita Vorobioff, she talks to us about what the biggest money blocks are from her experience. We get down and dirty about all things money and all things inside our heads on money.

This is Part 1. In Part 2 we will actually get her to show us how she helps people to overcome these blocks.

I hope you enjoy and if you have any questions head over to my Facebook Page or my website.. 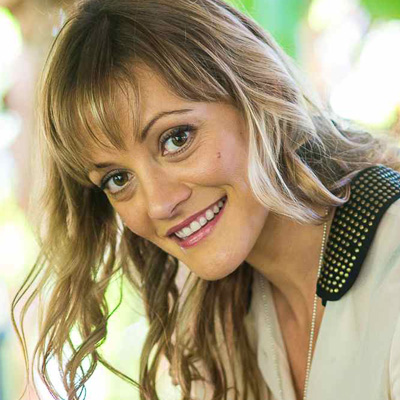 This is a great interview with Domonique Young, a passionate women’s health advocate, who shares with us some of the greatest health issues she is exposed to.

She also shares passionately her work on helping women and couples fall pregnant naturally. This is a painful reality for so many couples and they do not find the right support, information, environment and acceptance in the classic health care system.

Dominique is doing some life changing work and shares it in a fun, light and insightful way in this Happiness Class.

Do you know someone with challenges falling pregnant? Then they might just have to listen to this.

Have a good one.
Cheers,
Carl 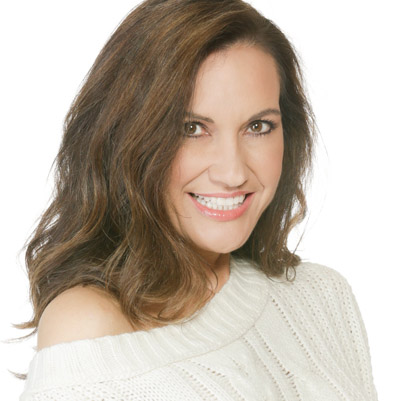 In today’s Happiness Class we are so lucky to be joined by Lissa Coffey who is a lifestyle, relationship and wellness expert who serves up an inspiring blend of ancient wisdom and modern style on her website.

Lissa has been on ‘Good Morning America’, ‘The Today Show’ and is a regular feature on television, radio and in print. She is also the author of 7 books and most beneficially for us, she is an expert at integrating an Ayurvedic Lifestyle into our modern lives to increase our happiness and health.

In this podcast she explains to us what an Ayurvedic Lifestyle is and how it would look as a day in your life. I (Carl) personally picked up some great tips that were new for me, so I am sure you will get a lot out of it. Lissa’s latest book is called ‘The Perfect Balance Diet: 4 Weeks to a Lighter body, Mind, Spirit and Space’.

Do enjoy and if you have any questions, please head over to my Facebook Page and fire away. 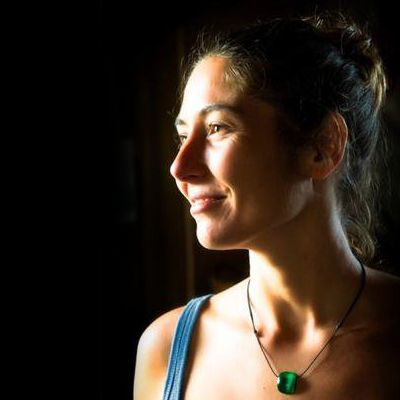 This week I was very fortunate to interview Spanish-born yoga, meditation, and Tantra teacher, Angela Perez. She comes with a wealth of experience when it comes to the relationship we have with ourselves. Especially that elusive thing called ‘SELF-LOVE’. She shares some amazing insights and strategies to help you increase self-love.

We all figure we could do with more, but most people do not know where to start. A low level of self-love is common with all of my coaching clients too. So I am really excited to be able to ask Angela specifically what she recommends are the things we can do to build up our level of self-love.

I also share some of my biggest insights from working with my coaching clients.

I hope you enjoy it. If you have any questions of comments head over to my Facebook Page at: https://www.facebook.com/CarlMassyPage

Have a great day.
Cheers
Carl

PS: We also mention the Raw and Radiant Retreats in Bali. For info on that go to www.rawandradiantretreats.com 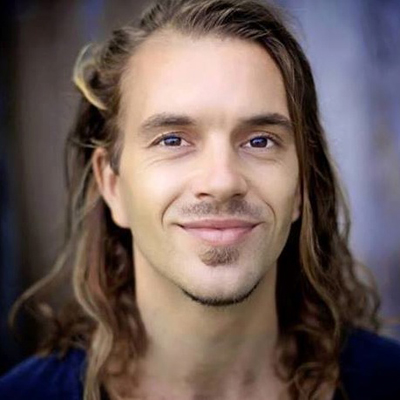 In this weeks Happiness Class, I start the first of 6 episodes, where I look at the 6 Pillars to Optimum Health – which is the basis of my next book.

This week we start with physical activity. But being the strategist I am, I am about finding an ‘exercise system’ that is not just great for the body, but ticks several other boxes too. So enter yoga, and enter right behind a great yoga instructor in the form of Octavio Salvado; not only an amazing yoga instructor, but a true advocate and student of the science of yoga.

In this interview Octavio shares with us how his journey started and then teaches us the ‘more’ that comes with practicing yoga. What else it provides us with. And finally Octavio shares with us his Top 3 Happiness Tips. One in particular really resonated with me. And his last words were a parting message for the other dudes out there. I hope you enjoy.

Octavio Salvado runs group yoga classes, private sessions and also amazing workshops at Desa Seni in Bali. If you are in town, check him out. 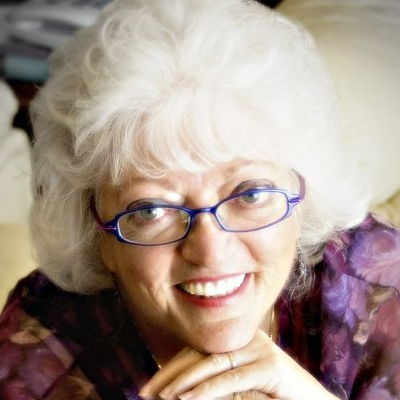 Today I had the privilege and joy of interviewing Diane McCann – a speaker, seminar leader and therapist – who attended her first personal development workshop over 50 years ago and has been a lifelong learner ever since.

Diane is qualified in NLP, Educational Kinesiology, Massage, Chakra Balancing, Iridology, EFT, Rebirthing and now The LifeLine Technique. Diane has not only run her own powerful workshops for over 25 years, but has brought leaders in their fields to Australia – like Robert Kiyosaki (Rich Dad, Poor Dad) and Dr Darren Weissman (The LifeLine Technique), plus many other lesser known, but equally amazing practitioners and healers.

In this interview she shares her observations of people and their needs and challenges, as she has observed them over her 40 year career in the wellness industry. Diane and her husband Robert have been running workshops for over 25 years and if you would like to find out more details about the amazing work they do, check out: http://beyondtheordinary.net.au/.

But for now, enjoy this fun and insightful interview with Diane and I.